Watch movies, TV, and Stream contents based on how you feel 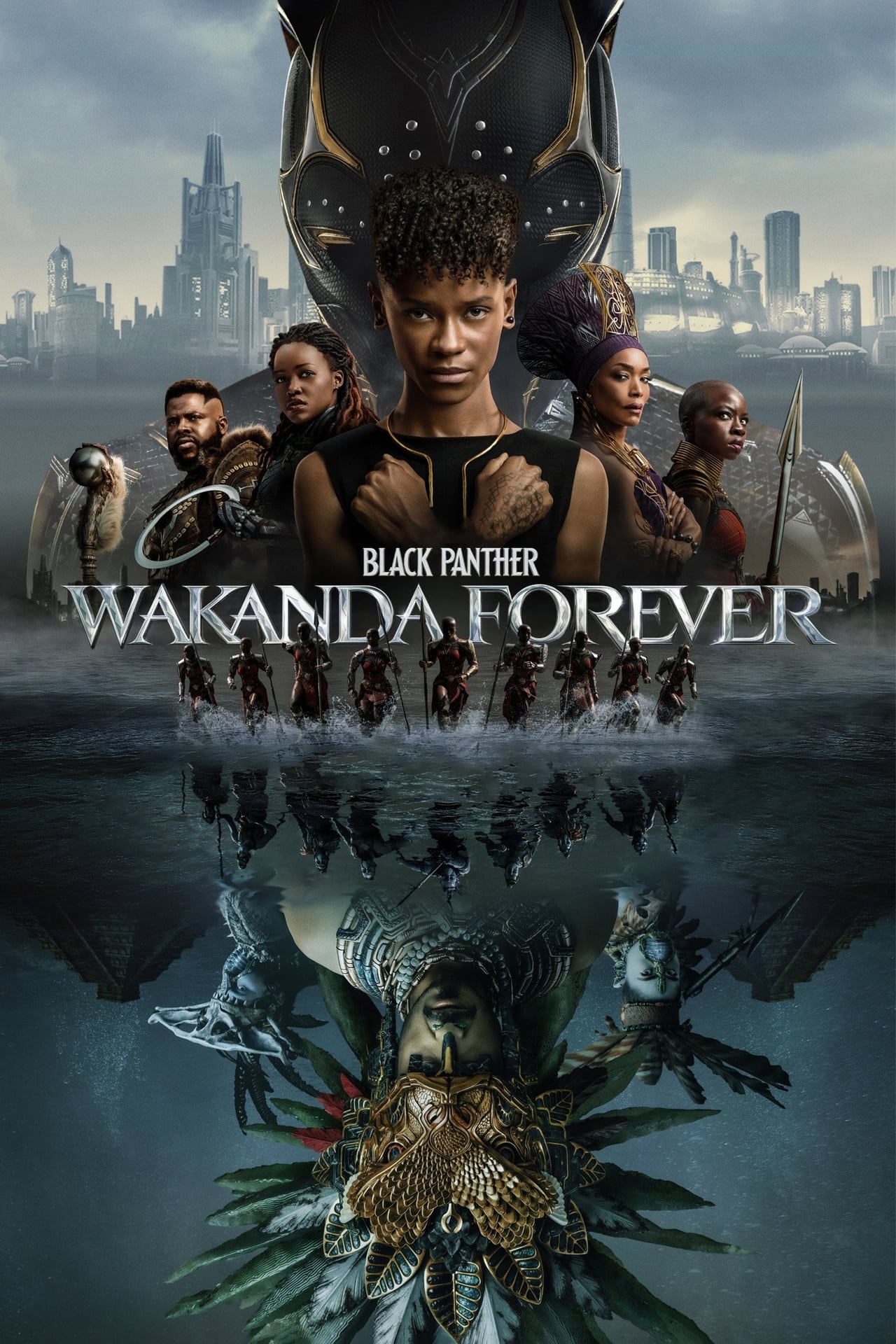 Title: Black Panther: Wakanda Forever
Popularity: 10722.223
Queen Ramonda, Shuri, M’Baku, Okoye and the Dora Milaje fight to protect their nation from intervening world powers in the wake of King T’Challa’s death. As the Wakandans strive to embrace their next chapter, the heroes must band together with the help of War Dog Nakia and Everett Ross and forge a new path for the kingdom of Wakanda. 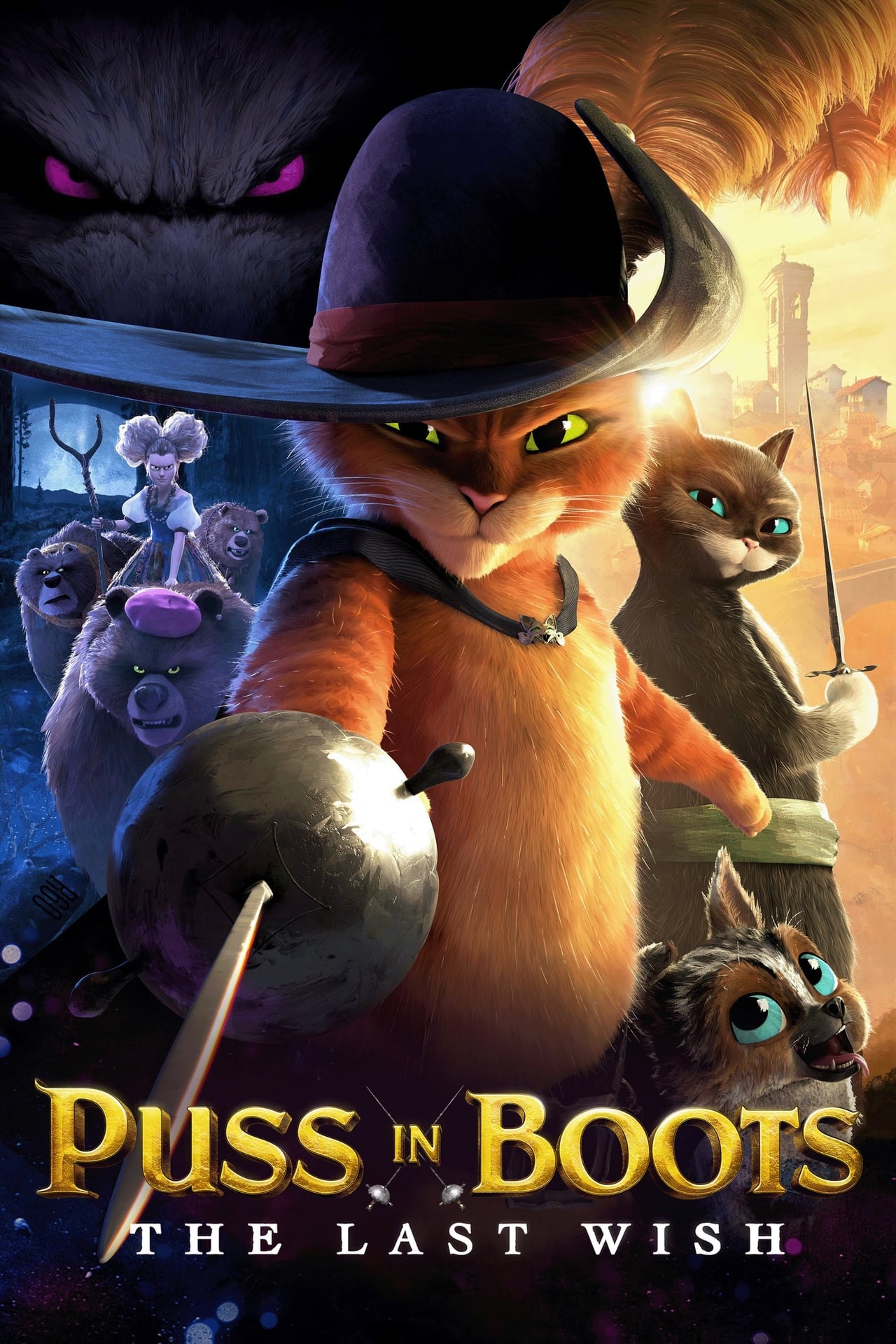 Title: Puss in Boots: The Last Wish
Popularity: 5840.194
Puss in Boots discovers that his passion for adventure has taken its toll: He has burned through eight of his nine lives, leaving him with only one life left. Puss sets out on an epic journey to find the mythical Last Wish and restore his nine lives. 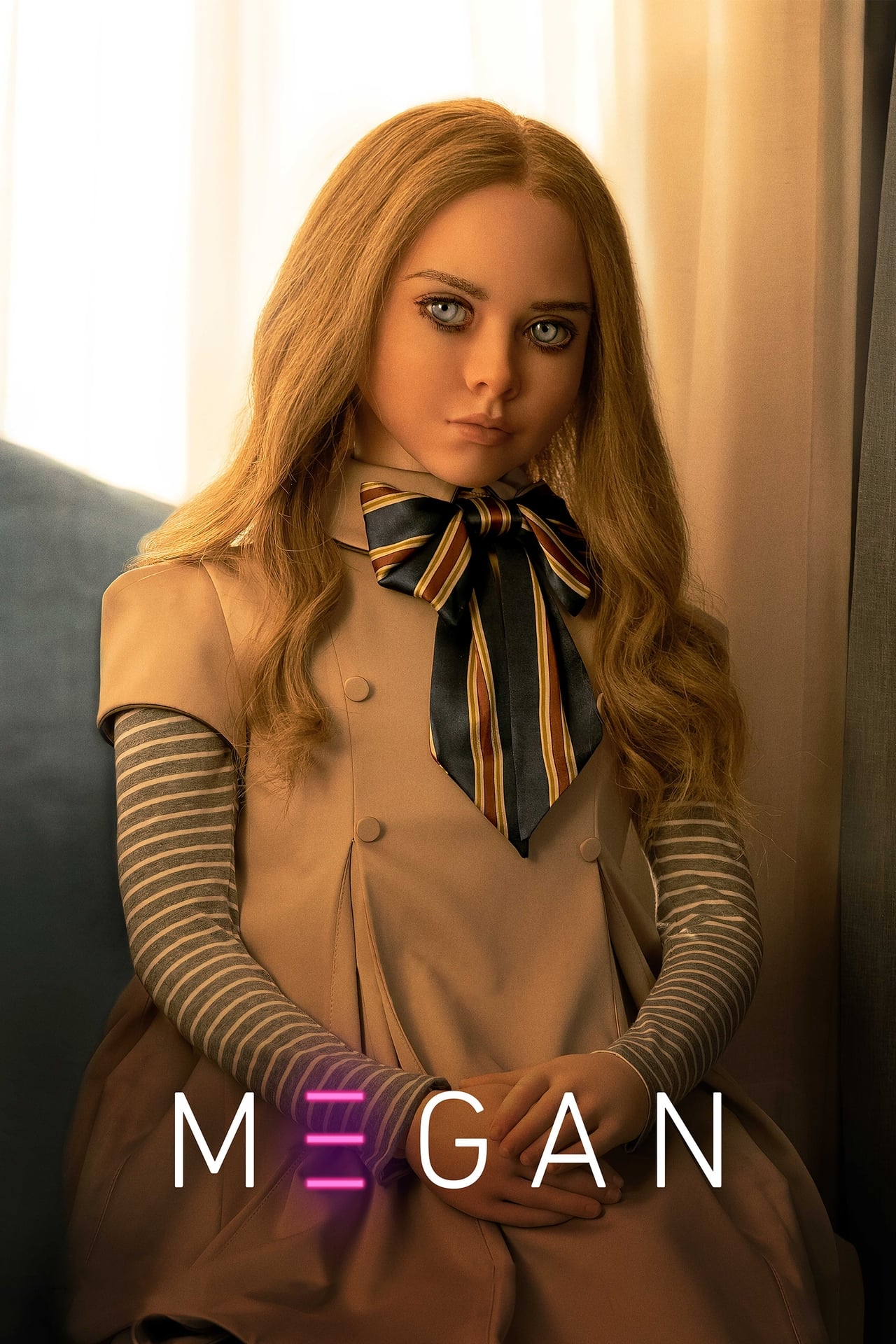 Title: M3GAN
Popularity: 3864.943
A brilliant toy company roboticist uses artificial intelligence to develop M3GAN, a life-like doll programmed to emotionally bond with her newly orphaned niece. But when the doll's programming works too well, she becomes overprotective of her new friend with terrifying results. 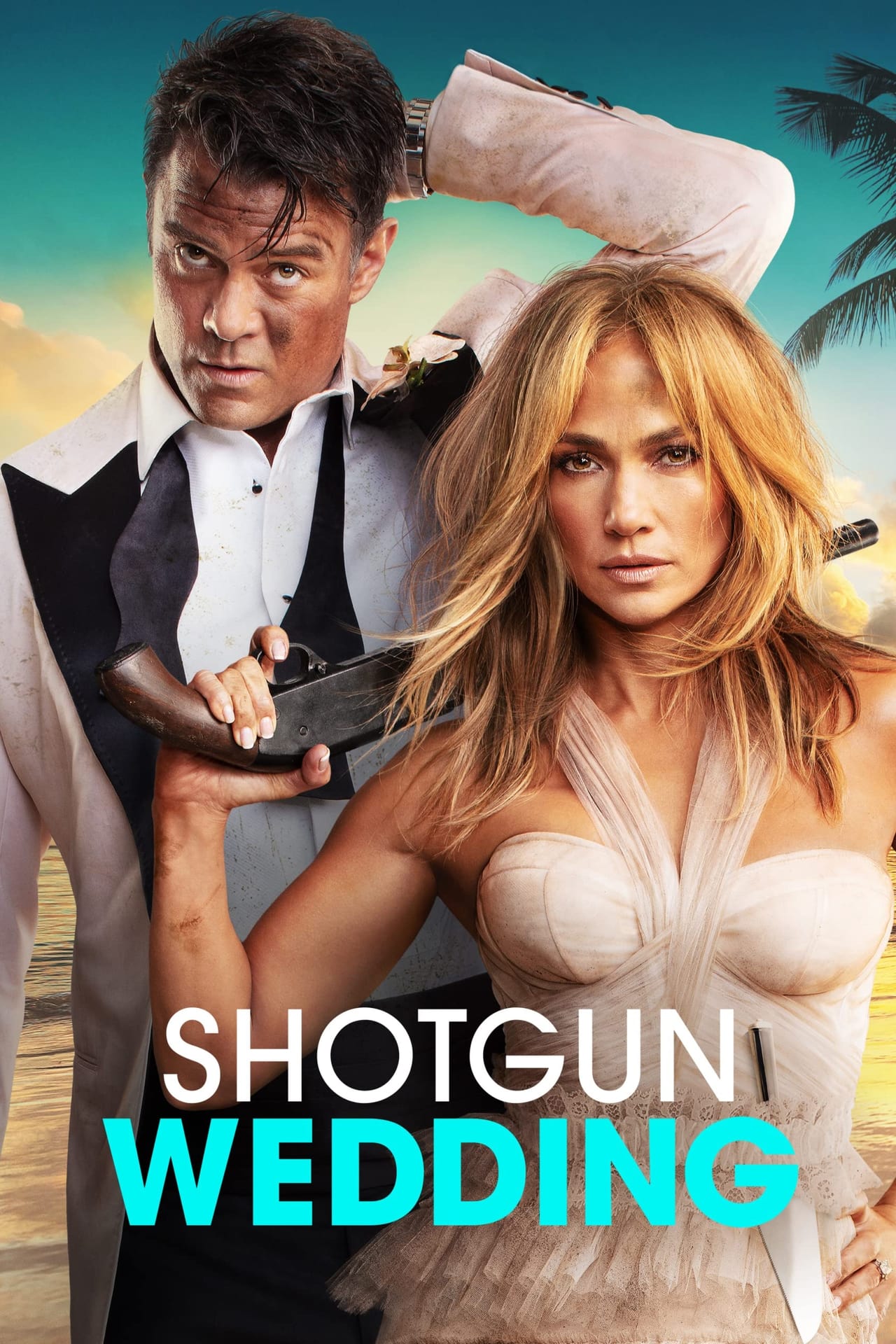 Title: Shotgun Wedding
Popularity: 3291.567
Darcy and Tom gather their families for the ultimate destination wedding but when the entire party is taken hostage, “’Til Death Do Us Part” takes on a whole new meaning in this hilarious, adrenaline-fueled adventure as Darcy and Tom must save their loved ones—if they don’t kill each other first. 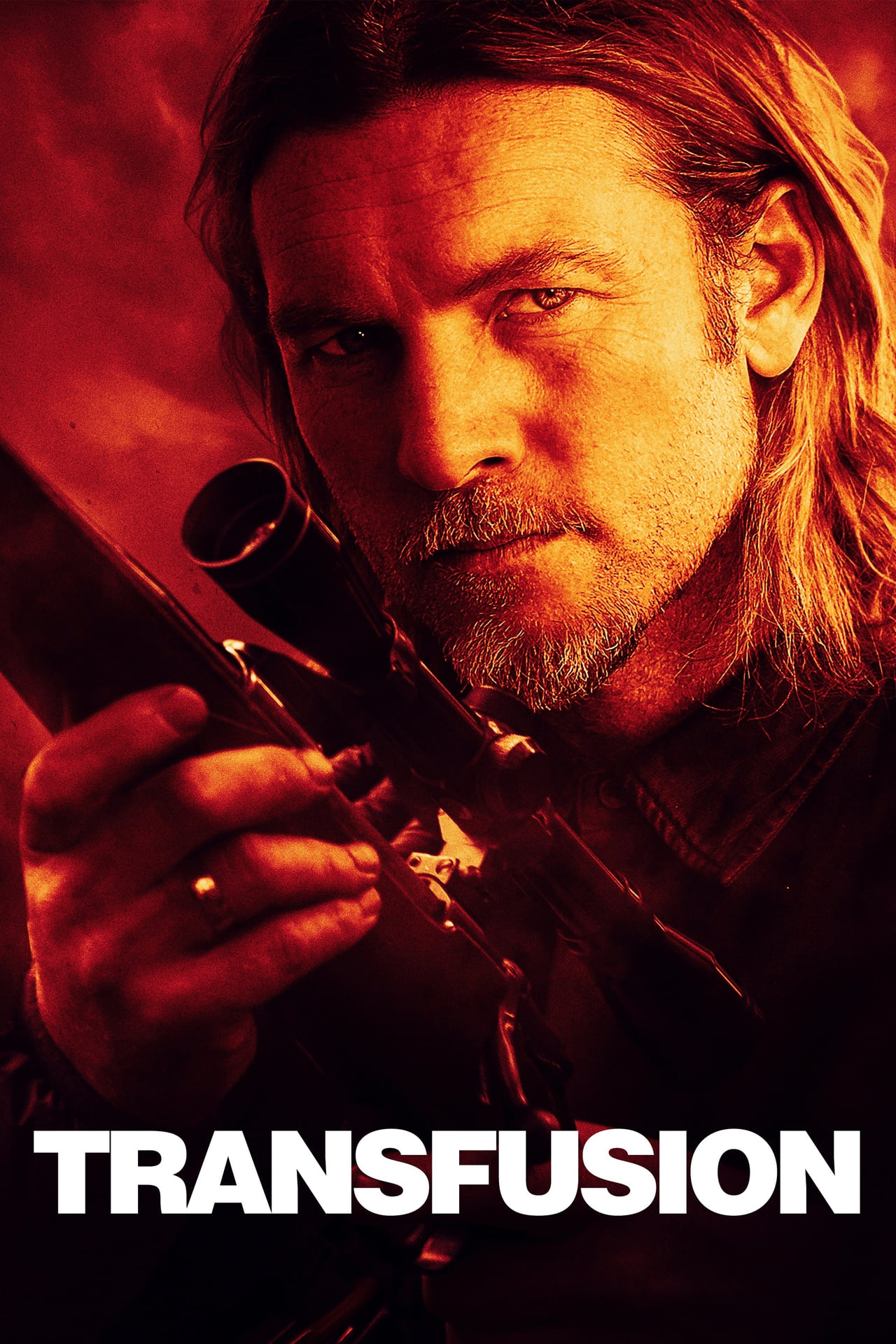 Title: Transfusion
Popularity: 2922.401
Ryan Logan, a former Special Forces operative, is battling to cope with life after the loss of his wife. He is thrusted into the criminal underworld to keep his only son from being taken from him. 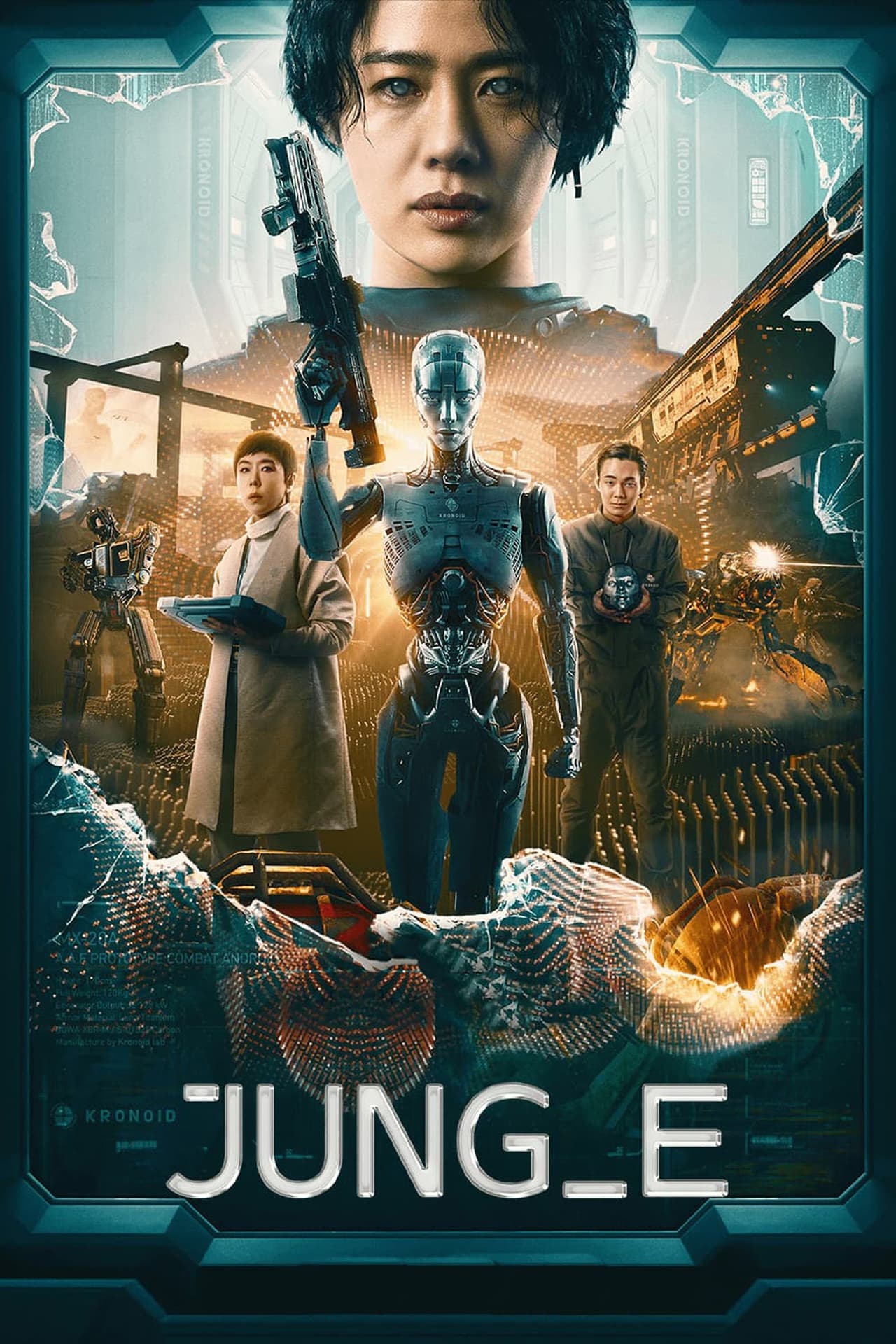 Title: JUNG_E
Popularity: 2782.257
On an uninhabitable 22nd-century Earth, the outcome of a civil war hinges on cloning the brain of an elite soldier to create a robot mercenary. 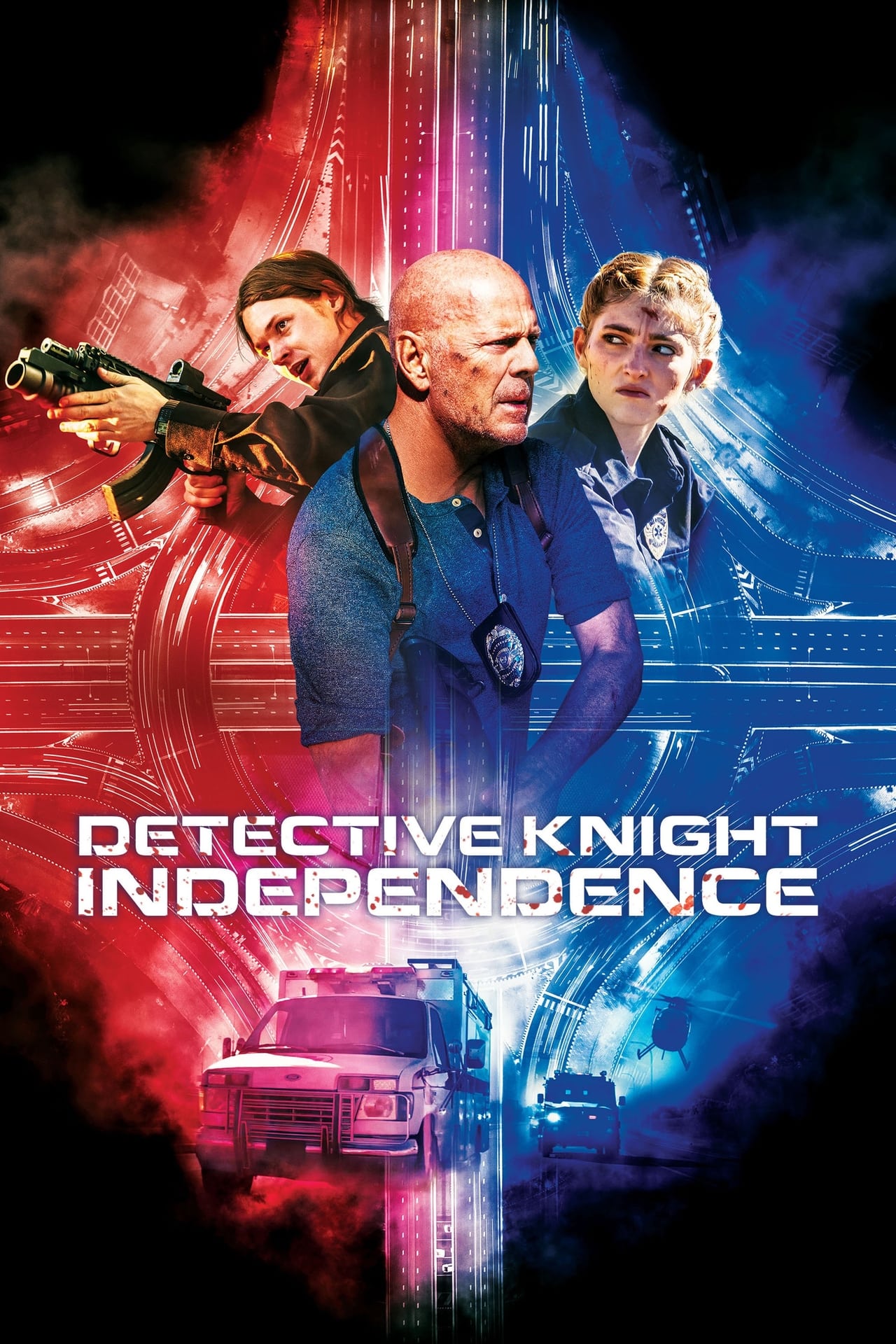 Title: Detective Knight: Independence
Popularity: 2467.076
Detective James Knight 's last-minute assignment to the Independence Day shift turns into a race to stop an unbalanced ambulance EMT from imperiling the city's festivities. The misguided vigilante, playing cop with a stolen gun and uniform, has a bank vault full of reasons to put on his own fireworks show... one that will strike dangerously close to Knight's home. 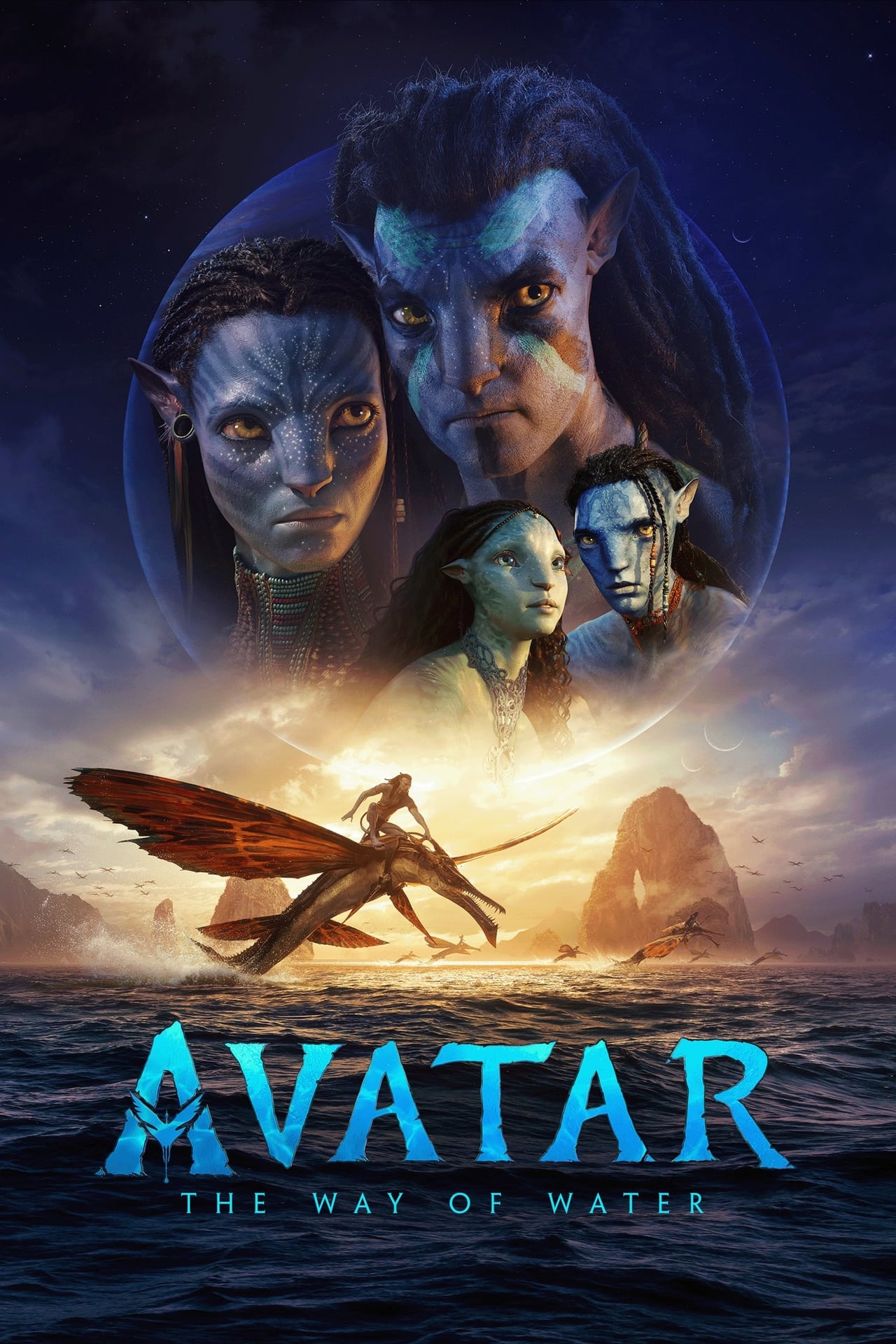 Title: Avatar: The Way of Water
Popularity: 2298.707
Set more than a decade after the events of the first film, learn the story of the Sully family (Jake, Neytiri, and their kids), the trouble that follows them, the lengths they go to keep each other safe, the battles they fight to stay alive, and the tragedies they endure. 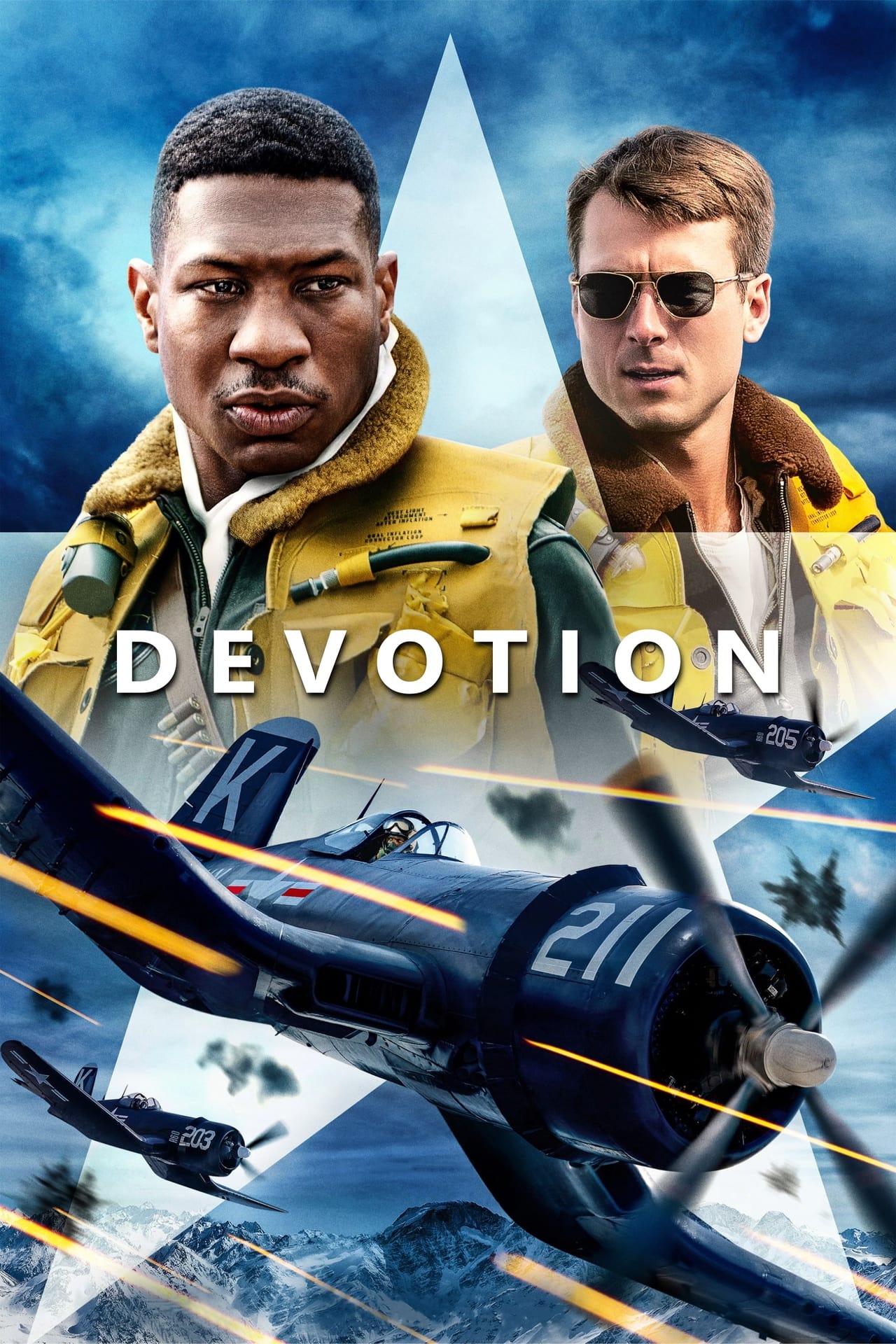 Title: Devotion
Popularity: 1988.737
The harrowing true story of two elite US Navy fighter pilots during the Korean War. Their heroic sacrifices would ultimately make them the Navy's most celebrated wingmen. 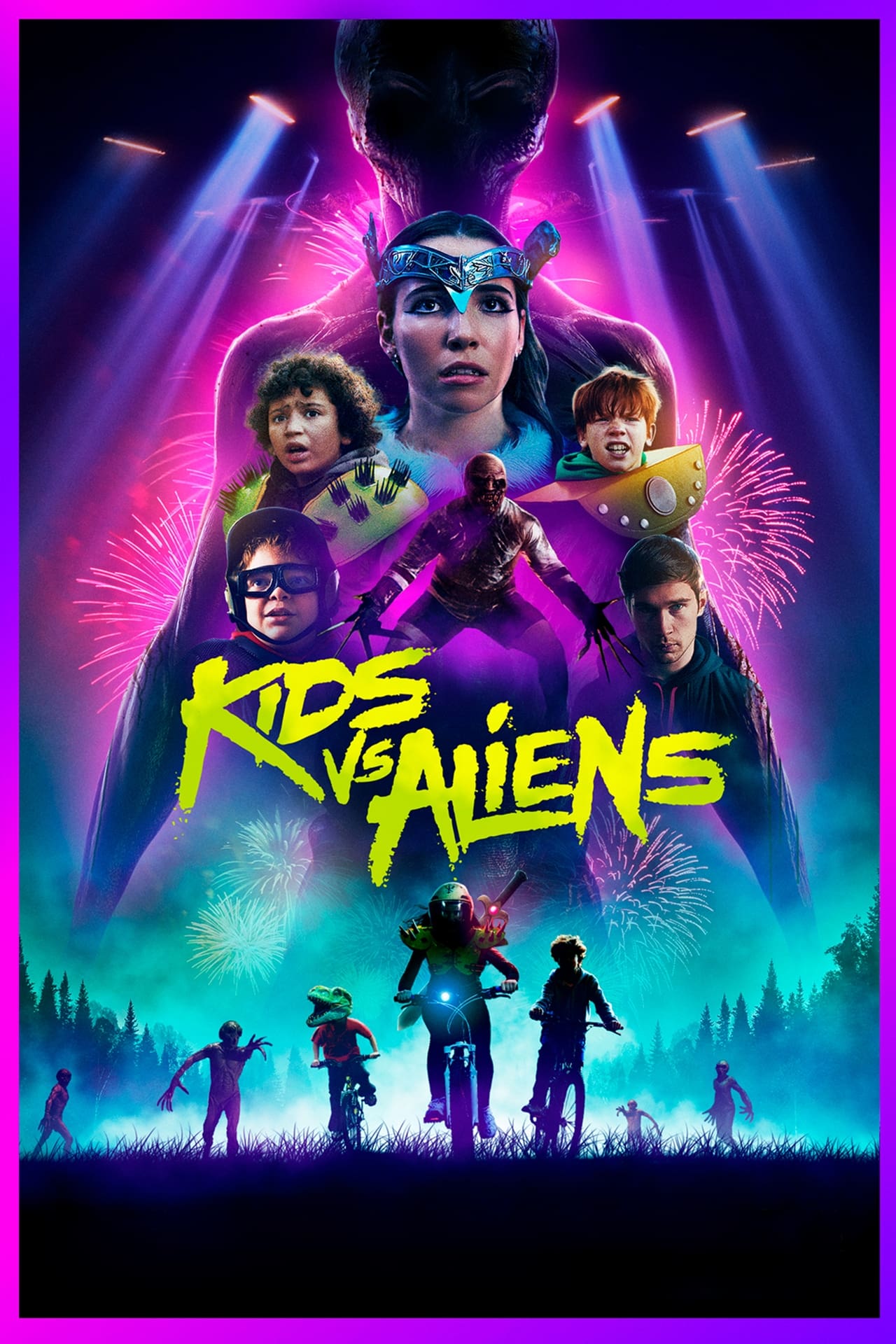 Title: Kids vs. Aliens
Popularity: 1937.846
All Gary wants is to make awesome home movies with his best buds. All his older sister Samantha wants is to hang with the cool kids. When their parents head out of town one Halloween weekend, an all-time rager of a teen house party turns to terror when aliens attack, forcing the siblings to band together to survive the night. 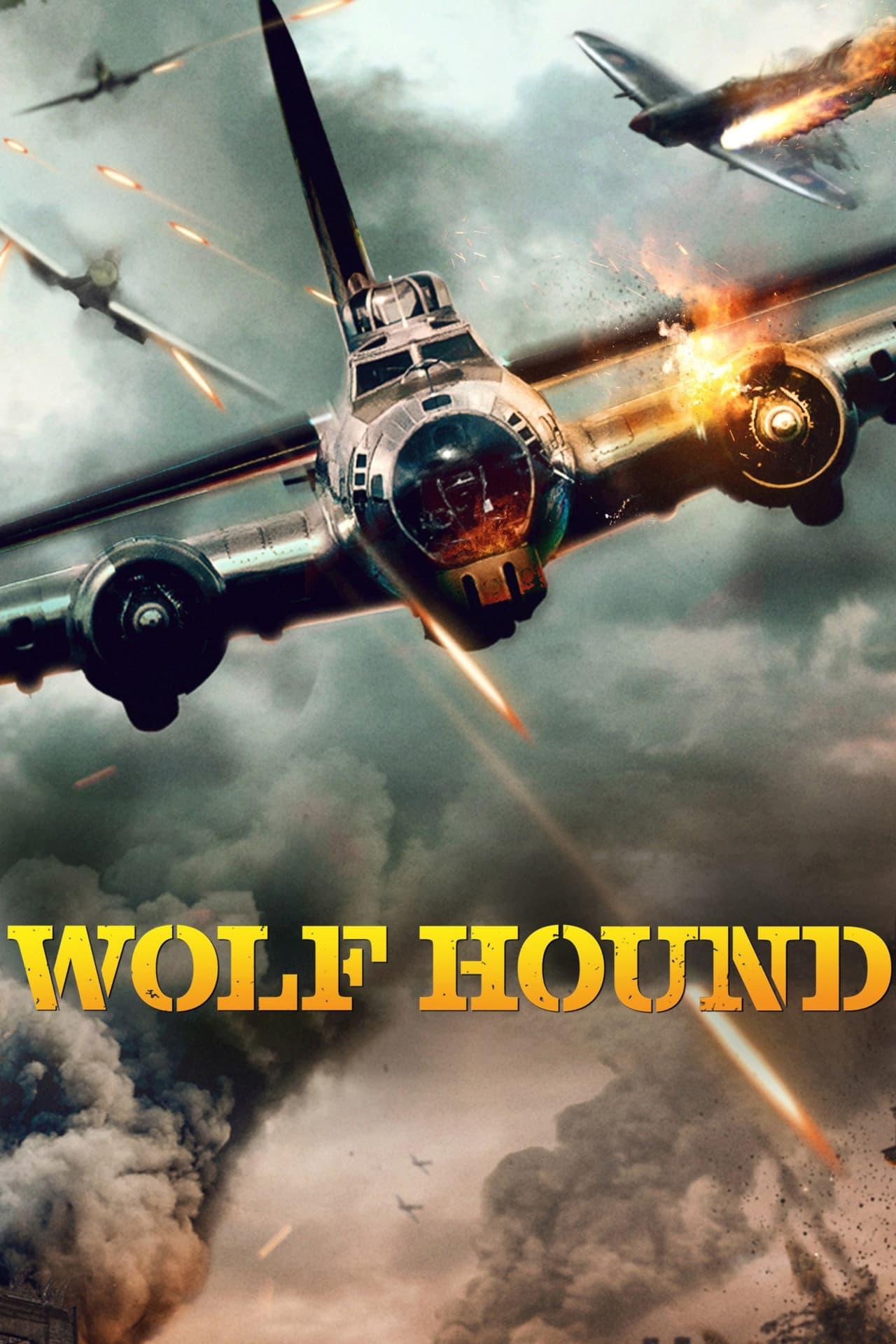 Title: Wolf Hound
Popularity: 1677.108
Inspired by the real-life German special operations unit KG 200 that shot down, repaired, and flew Allied aircraft as Trojan horses, "Wolf Hound" takes place in 1944 German-occupied France and follows the daring exploits of Jewish-American fighter pilot Captain David Holden. Ambushed behind enemy lines, Holden must rescue a captured B-17 Flying Fortress crew, evade a ruthless enemy stalking him at every turn, and foil a plot that could completely alter the outcome of World War II. 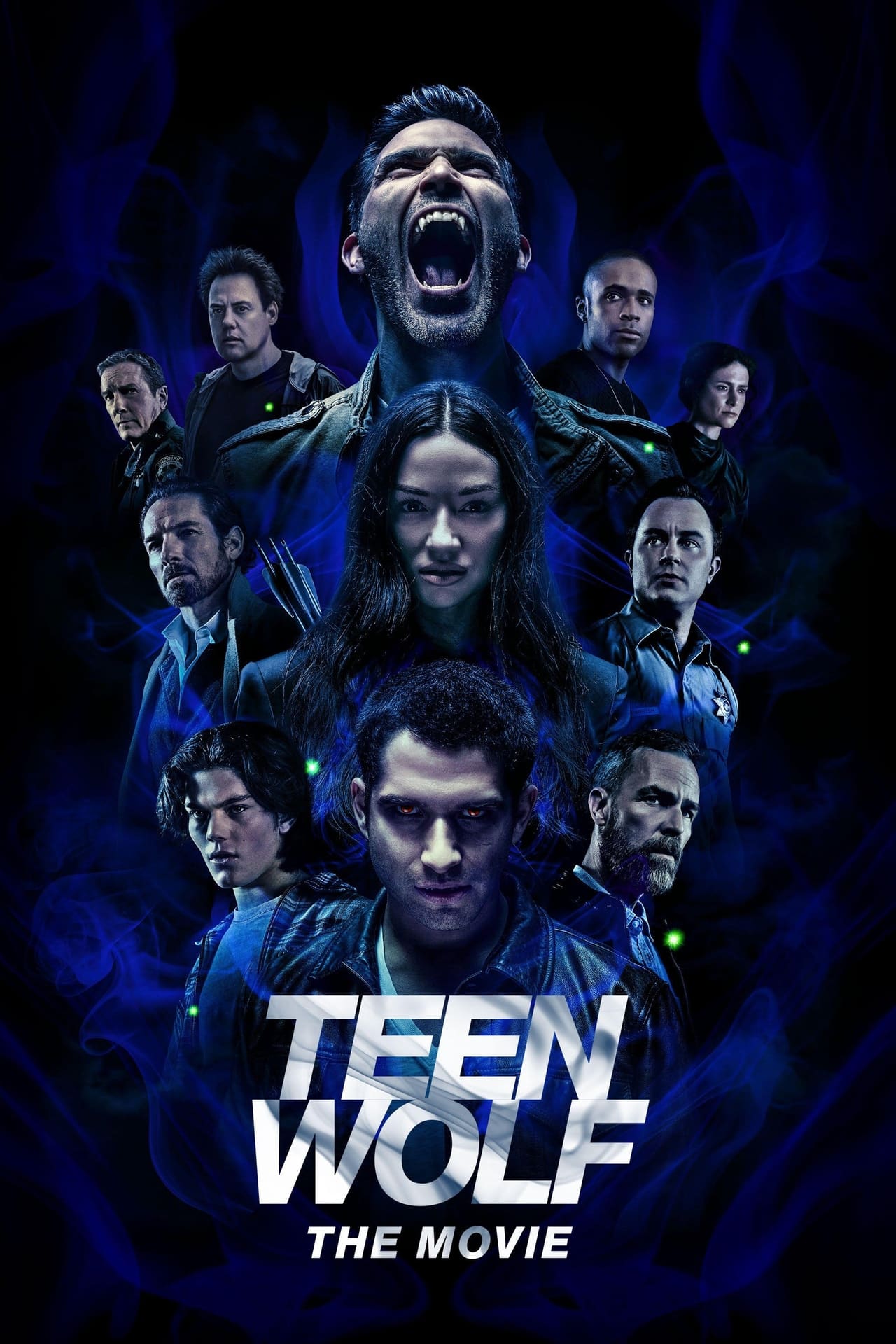 Title: Teen Wolf: The Movie
Popularity: 1606.576
The wolves are howling once again, as a terrifying ancient evil emerges in Beacon Hills. Scott McCall, no longer a teenager yet still an Alpha, must gather new allies and reunite trusted friends to fight back against this powerful and deadly enemy. 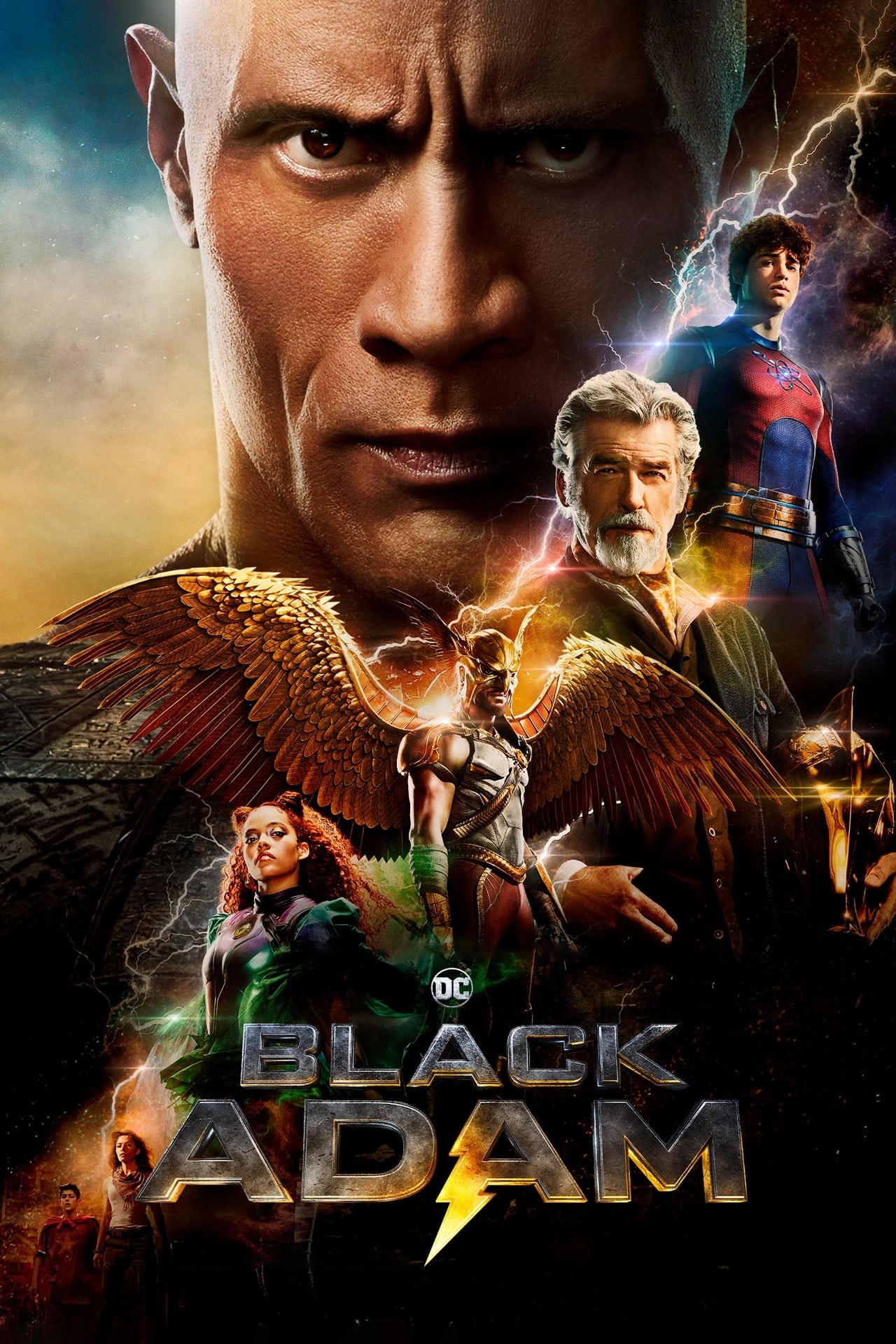 Title: Black Adam
Popularity: 1448.544
Nearly 5,000 years after he was bestowed with the almighty powers of the Egyptian gods—and imprisoned just as quickly—Black Adam is freed from his earthly tomb, ready to unleash his unique form of justice on the modern world. 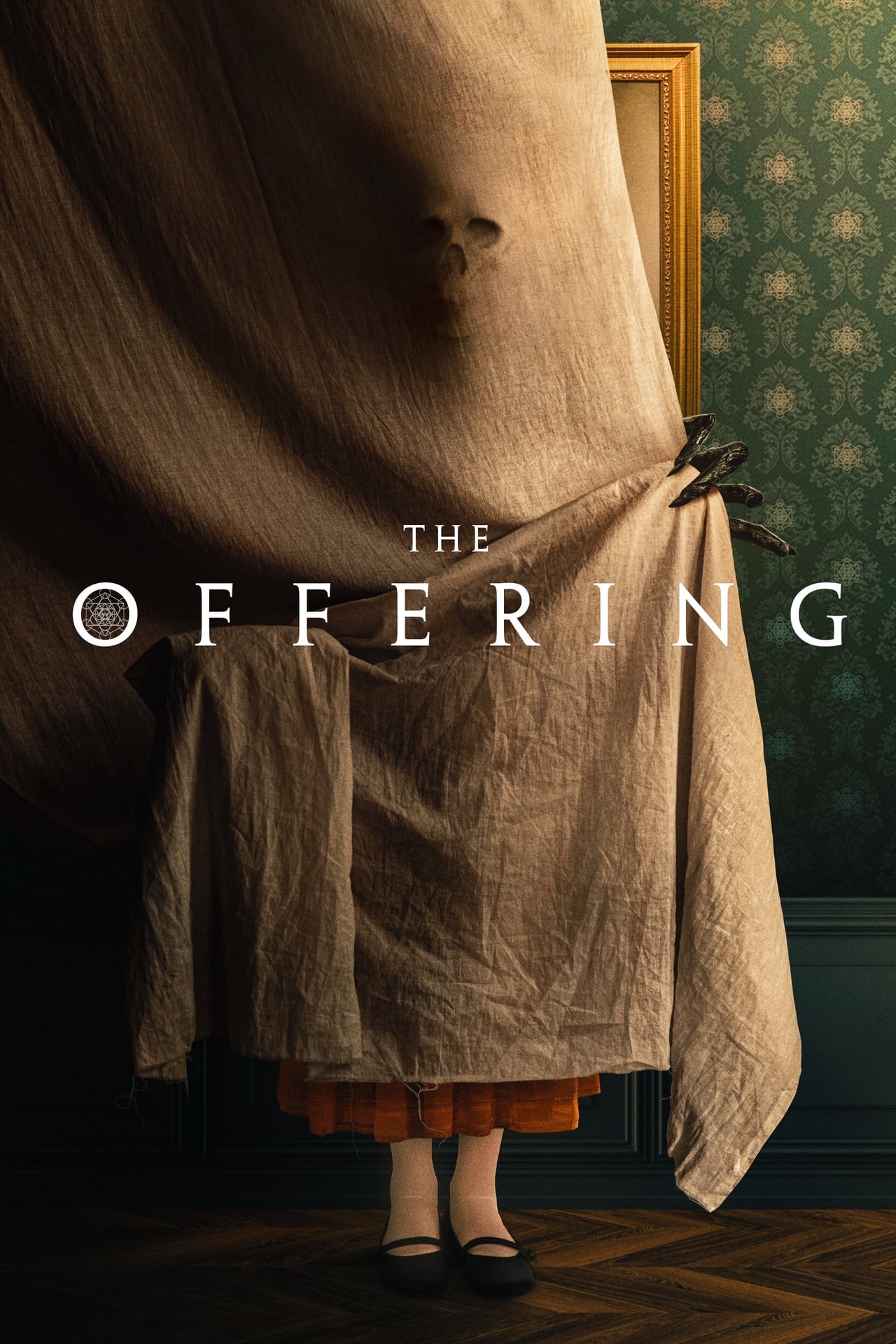 Title: The Offering
Popularity: 1423.163
In the wake of a young Jewish girl’s disappearance, the son of a Hasidic funeral director returns home with his pregnant wife in hopes of reconciling with his father. Little do they know that directly beneath them in the family morgue, an ancient evil with sinister plans for the unborn child lurks inside a mysterious corpse. 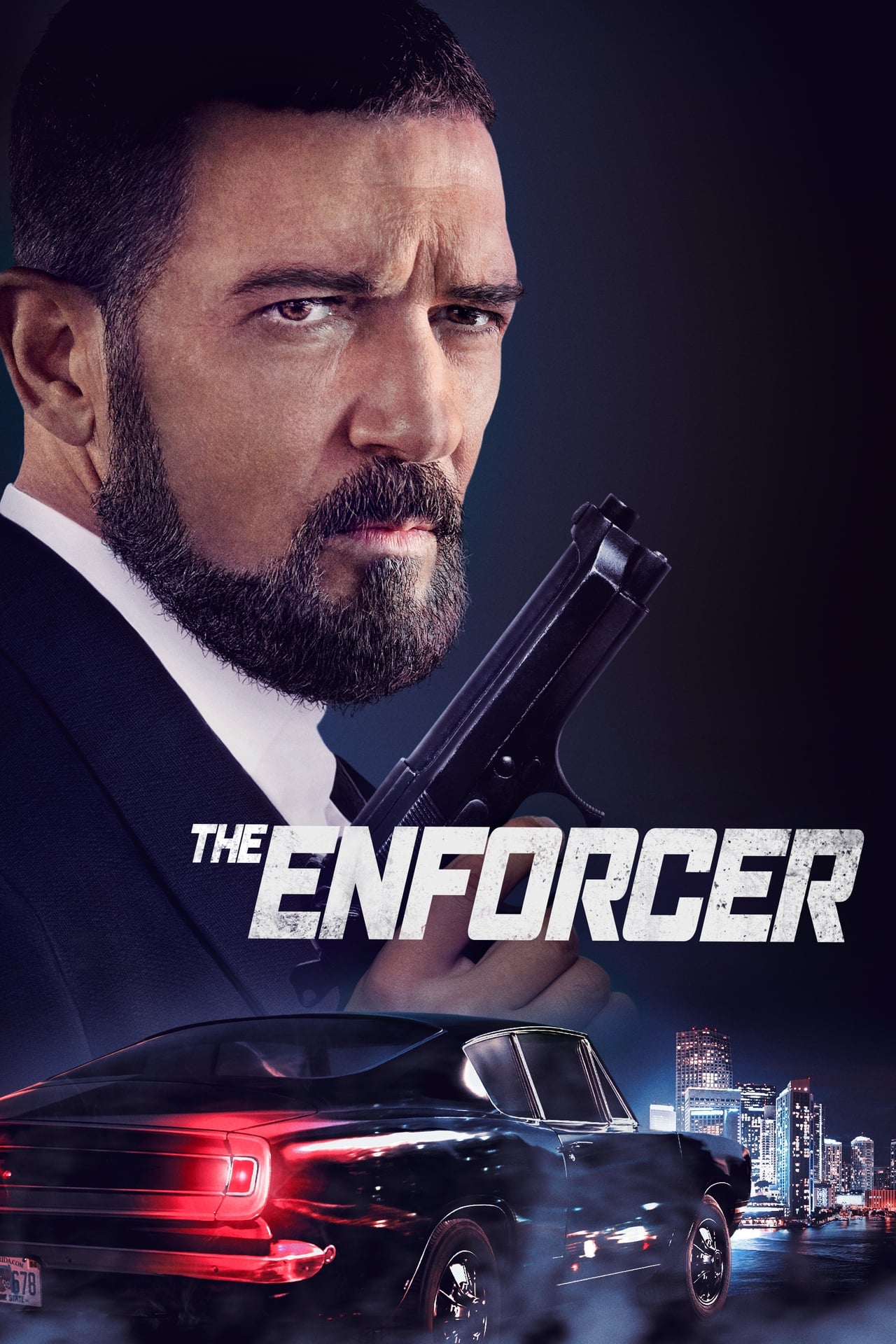 Title: The Enforcer
Popularity: 1421.71
A noir thriller set in Miami, the film follows an enforcer who discovers his femme fatale boss has branched out into cyber sex trafficking, putting a young runaway he’s befriended at risk. He sacrifices everything to save the young girl from the deadly organization he’s spent his life building. 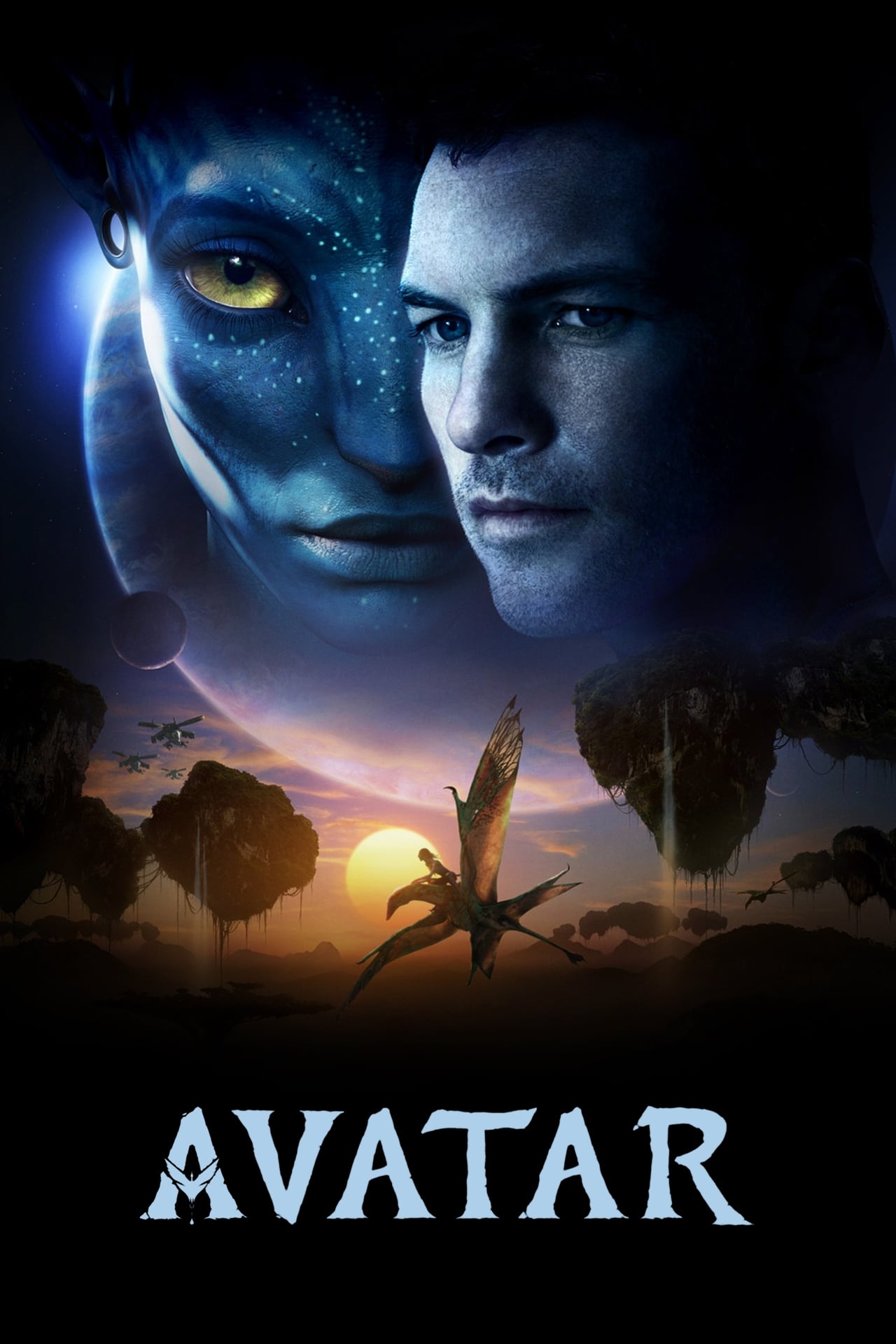 Title: Avatar
Popularity: 1355.52
In the 22nd century, a paraplegic Marine is dispatched to the moon Pandora on a unique mission, but becomes torn between following orders and protecting an alien civilization. 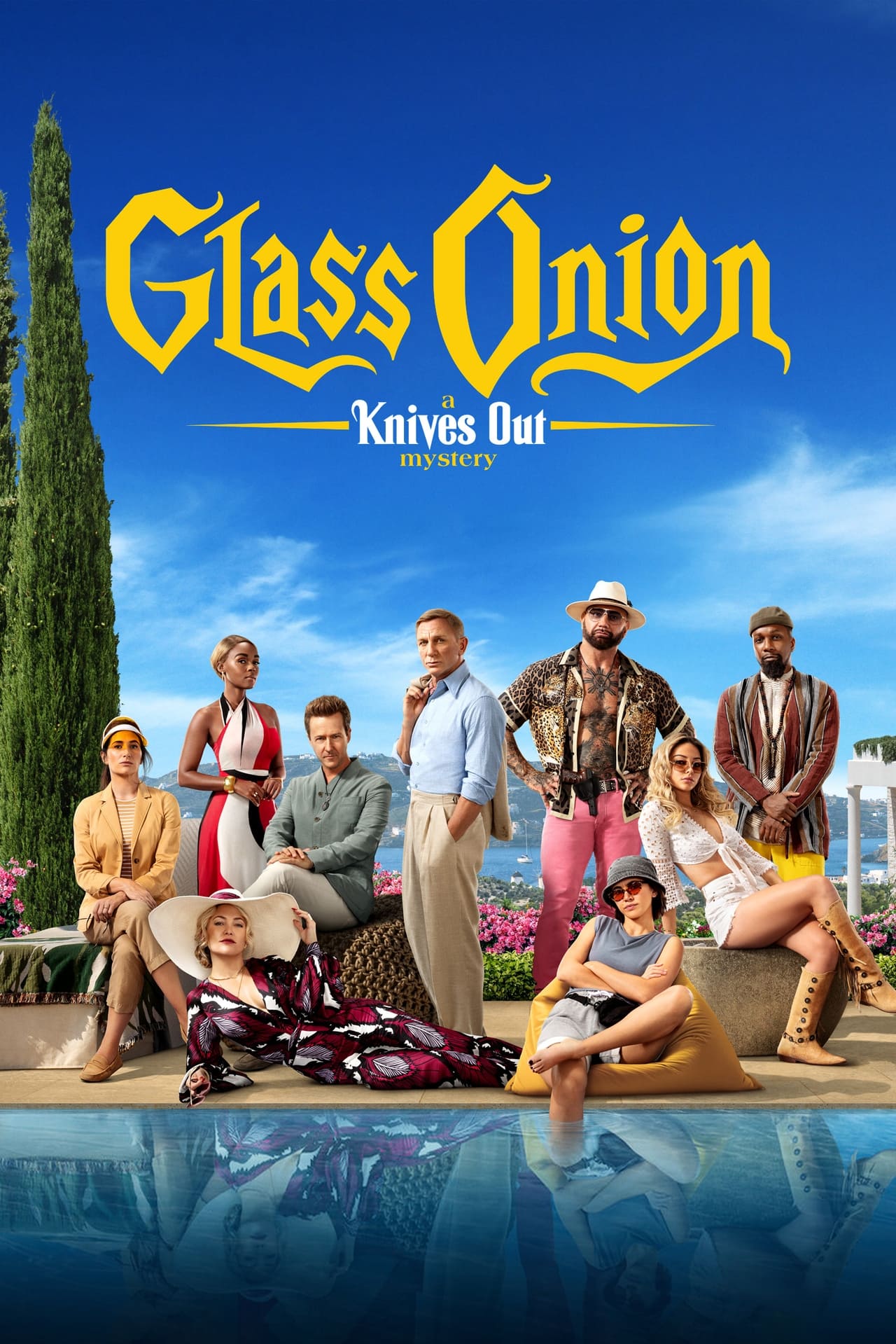 Title: Glass Onion: A Knives Out Mystery
Popularity: 1345.211
World-famous detective Benoit Blanc heads to Greece to peel back the layers of a mystery surrounding a tech billionaire and his eclectic crew of friends. 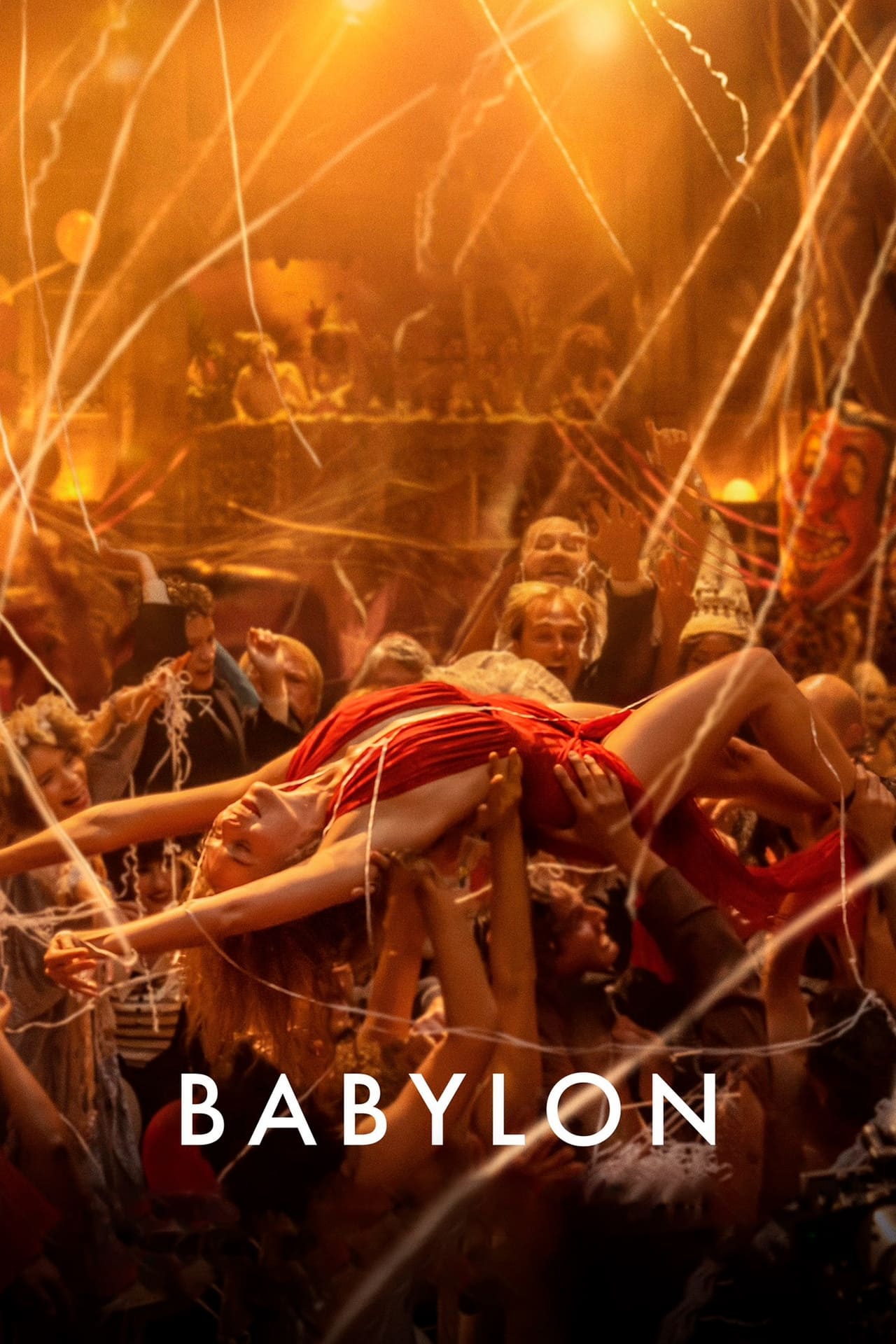 Title: Babylon
Popularity: 1344.657
A tale of outsized ambition and outrageous excess, tracing the rise and fall of multiple characters in an era of unbridled decadence and depravity during Hollywood's transition from silent films and to sound films in the late 1920s. 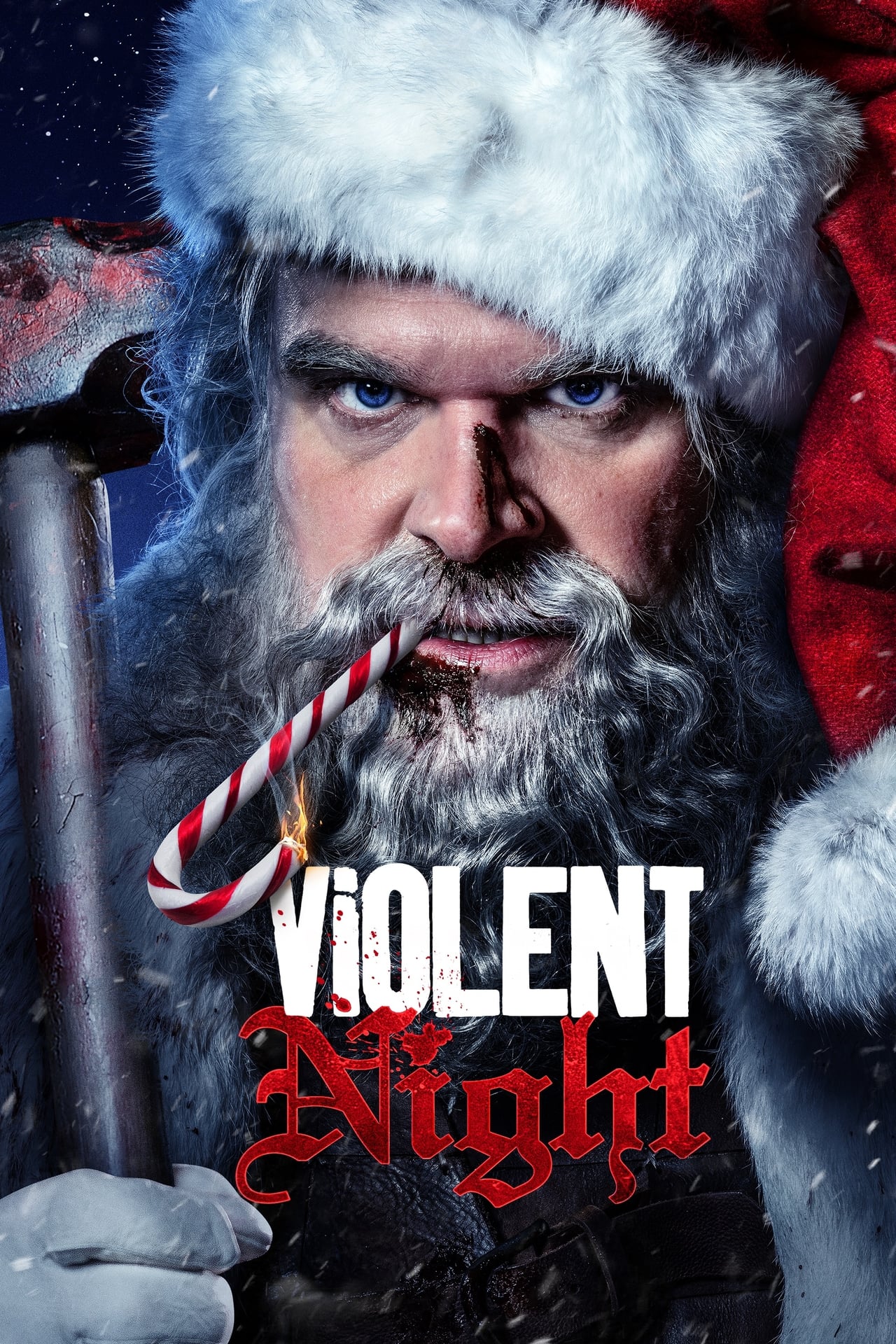 Title: Violent Night
Popularity: 1295.373
When a team of mercenaries breaks into a wealthy family compound on Christmas Eve, taking everyone inside hostage, the team isn’t prepared for a surprise combatant: Santa Claus is on the grounds, and he’s about to show why this Nick is no saint. 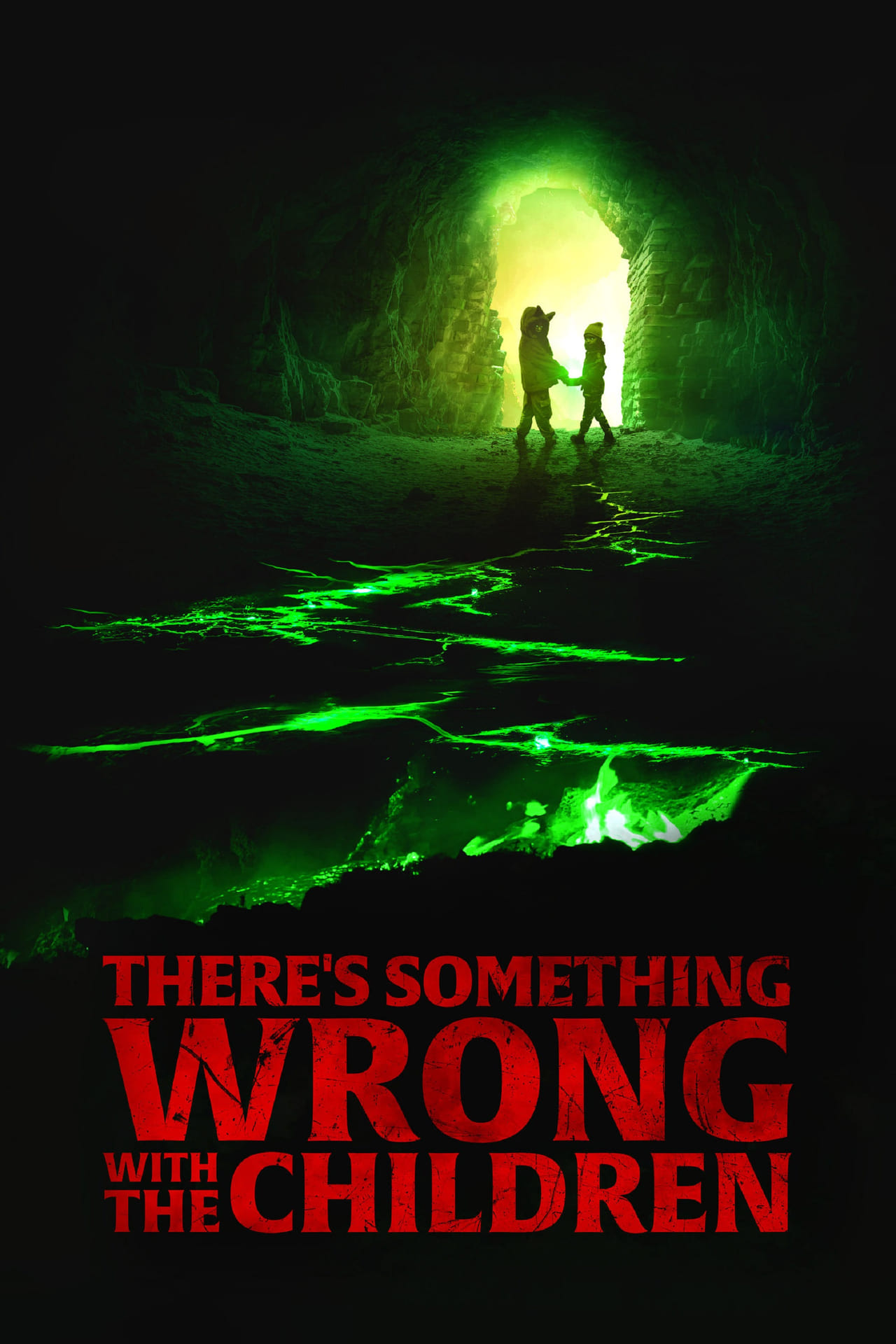 Title: There's Something Wrong with the Children
Popularity: 1238.123
Margaret and Ben take a weekend trip with longtime friends Ellie and Thomas and their two young children. Eventually, Ben begins to suspect something supernatural is occurring when the kids behave strangely after disappearing into the woods overnight.